If you are suffering from attacks of convulsion (seizure), you need the help of neuro physicians; but if you suffering from conversion (pseudo seizure) attacks, you need to visit neuropsychiatrist for proper management.

Often lay people find difficulty in identifying the nature of symptom of conversion disorders, and are cheated, improperly treated & unnecessarily intervened & investigated a lot, before visiting neuropsychiatrist.
If someone especially an young adolescent girls & boys, out of sudden start suffering from symptoms like recurrent fainting attacks, paralysis of limb, rigidity all over body, loss of ability to speak, loss of ability to recall the past, unable to identify others, have become blind of deaf, shows seizure like episodes & so on, these are few seemingly alarming but can be in reality non fatal, totally benign manifestation of conversion disorders.

It is also called functional neurological symptom disorder, is a condition in which patient mostly young adolescent girls show psychological stress in physical ways. The condition was so named to describe a health problem that starts as a emotional crisis - a scary or stressful incident of some kind - and converts to a physical problem.

In India, prominent pattern of conversion symptom include recurrent attack of teeth clenching & recurrent attack of faintness, loss of consciousness, pseudo seizure like episode that superficially mimic a severe neurological emergency, but in reality investigated out to be the result of recent emotional crisis. Other symptoms include loss of memory, paralysis, false seizure like motor abnormalities etc. Parents & guardians become alarmed by suddenness of severe symptom, tend to visit neurophysician for help.

It is only after several year of non-proper treatment, intervention, medication, investigation and when every one get exhausted, the case of conversion disorders come for evaluation by a neuro psychiatrist.

Conversion disorder signs and symptoms appear with no underlying physical cause, and patient

The outcome may be better in younger children than in teenagers and adults.

Conversion disorder is a mental condition in which a person has blindness, paralysis, or other nervous system (neurological) symptoms that cannot be explained by medical evaluation.Conversion disorder symptoms may occur because of a psychological conflict.

Symptoms usually begin suddenly after a stressful experience. People are at risk of conversion disorder if they also have:

People who have conversion disorder are not making up their symptoms (malingering). Some health care providers falsely believe that this disorder is not a real condition and may tell people that the problem is all in their head. But this condition is real. It causes distress and cannot be turned on and off at will.

The physical symptoms are thought to be an attempt to resolve the conflict the person feels inside. For example, a woman who believes it is not acceptable to have violent feelings may suddenly feel numbness in her arms after becoming so angry that she wanted to hit someone. Instead of allowing herself to have violent thoughts about hitting someone, she experiences the physical symptom of numbness in her arms

Conversion disorder symptoms may appear suddenly after a stressful event or trauma, whether physical or psychological.
Signs and symptoms that affect movement function may include:

Signs and symptoms that affect the senses may include:

When to visit doctor

It's best to seek medical attention as soon as you notice signs and symptoms that might be caused by conversion disorder. If the underlying cause is something physical, quick diagnosis and treatment may be important. If the diagnosis is conversion disorder, then psychological help may improve the symptoms and prevent future episodes.

Episodes of conversion disorder are nearly always triggered by a stressful event, an emotional conflict or another mental health disorder, such as depression. The exact cause of conversion disorder is unknown, but the part of the brain that controls your muscles and senses may be involved. It may be the brain's way of reacting immediately to something that seems like a threat.

In some cases, particularly if not treated soon enough, conversion disorder symptoms can result in substantial disability, similar to that caused by medical conditions.

Preparing for your Appointment

What you can Do ?

To prepare for your appointment, make a list of:

Take a family member or friend along, if possible. Someone who accompanies you may remember something that you missed or forgot.

Prepare a list of questions ahead of time to make the most of your time together. Some basic questions to ask your doctor include:

Don't hesitate to ask your doctor questions during your appointment.

What You Can expect from your doctor ?

To make the most of your time, be ready to answer questions your doctor may ask, such as:

To be diagnosed with conversion disorder, you must meet the symptom criteria in the Diagnostic and Statistical Manual of Mental Disorders (DSM). This manual, published by the American Psychiatric Association, is used by mental health providers to diagnose mental conditions and by insurance companies to reimburse for treatment.

To be diagnosed with conversion disorder:

There are no standard tests to check for conversion disorder. The tests will depend on what kind of signs and symptoms you have - the main purpose is to rule out any medical or neurological disease. Tests may include:

Diagnosis can be tricky because a doctor must rule out medical conditions with a physical cause. Conversion disorder can mimic a number of other health problems, such as:

What is difference between true seizure and false seizure ?

All humans require attention. Without getting and giving attention, you could not have a social species. Getting attention is necessary for life's vital enterprises and can be the difference between life and death in a crisis. Therefore, not getting adequate attention can threaten the quality and sustainability of life.

Excessive attention seeking is not a character flaw. It is a brain wiring response to early developmental trauma caused by neglect. 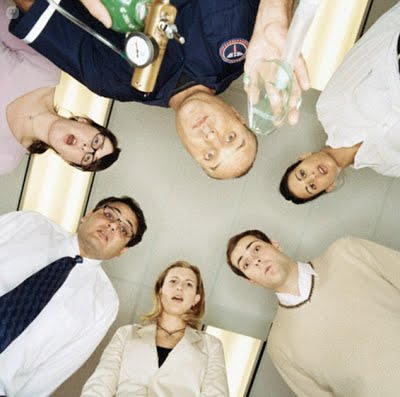 The developing brain observes its environment and wires itself accordingly to survive in that world that it presumes will be like those experiences.

Thus, getting functional social attention is understandable. However, extreme attention seekers go to unhealthy lengths that are driven by emotional desperation.

Attention seeking is behaving in a way that is likely to elicit attention, usually to hearten oneself by being in the limelight or to elicit validation from others.

If you want that your patient to recover from conversion disorder, stop the habit to give attention on her/his condition. In fact giving attention reinforces the maladaptive behaviors and symptom of psychological conflict and make the condition more worse and difficult to treat.

For many people, symptoms of conversion disorder get better without treatment, especially after reassurance from the doctor that their symptoms aren't caused by a serious underlying problem, and after referral to a mental health professional.

Conversion disorder is usually triggered by a reaction to some kind of stress or trauma. Stress-relieving activities such as meditation and yoga may help reduce reactions to the events that prompt symptoms of conversion disorder. In general, however, the best way to prevent this is to strive for and maintain a good quality of life, a stable family environment, social contacts and work-life balance.

If you have other mental health conditions, make sure you're getting the right treatment. Treatment may include counseling and medications.