What Is Oppositional Defiant Disorder?

Oppositional defiant disorder (ODD) is one of a group of behavioral disorders called disruptive behavior disorders (DBD). These disorders are called this because children who have these disorders tend to disrupt those around them. ODD is one of the more common mental health disorders found in children and adolescents.

We define ODD as a pattern of disobedient, hostile, and defiant behavior directed toward authority figures.

Children and adolescents with ODD often rebel, are stubborn, argue with adults, and refuse to obey. They have angry outbursts and have a hard time controlling their temper.

Even the best-behaved children can be uncooperative and hostile at times, particularly adolescents, but those with ODD show a constant pattern of angry and verbally aggressive behaviors, usually aimed at parents and other authority figures.

The most common behaviors that children and adolescents with ODD show are:
* Defiance
* Spitefulness
* Negativity
* Hostility and verbal aggression 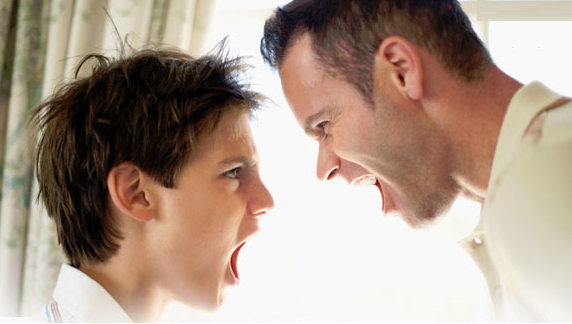 A mental health professional is often called upon if these behaviors create a major disturbance at home, at school, or with peers. Seeking treatment for children and adolescents suspected of having ODD is critical.

This disorder is often accompanied by other serious mental health disorders, and, if left untreated, can develop into conduct disorder (CD), a more serious disruptive behavior disorder. Children with ODD who are not treated also are at an increased risk for substance abuse and delinquency.
Some parents have trouble seeing defiant behaviors as a symptom of a mental disorder. They may want to wait to start treatment until the child matures to see if he or she will "grow out of it." Also, it is sometimes difficult to distinguish between ODD and normal, independence-seeking behavior that shows up during the "terrible twos" and early teen years.
However, there is evidence to suggest that:
* Early intervention and treatment will help a child overcome ODD
* Treatment also may prevent its progression into a more a serious mental health concern
Treatment usually consists of a combination of therapies, including behavioral therapy, parent training, and family therapy. Some children may benefit from medication as well. With treatment, children and adolescents can overcome the behavioral symptoms of ODD. They can learn techniques to manage their anger and develop new ways of coping with stressful situations. Treatment also can help parents learn better ways to discipline and techniques to reward good behavior. With treatment, children and adolescents with ODD can overcome their difficult behaviors and lead happier, more fulfilling lives.

How Common Is ODD?

There is no clear-cut cause of ODD. However, most experts believe that a combination of biological, psychological, and social risk factors play a role in the development of the disorder.

Children and adolescents are more susceptible to developing ODD if they have:

* A parent with a history of attention-deficit/ hyperactivity disorder (ADHD), ODD, or CD
* A parent with a mood disorder (such as depression or bipolar disorder)
* A parent who has a problem with drinking or substance abuse
* Impairment in the part of the brain responsible for reasoning, judgment, and impulse control
* A brain - chemical imbalance A mother who smoked during pregnancy
* Exposure to toxins
* Poor nutrition

What Are the Symptoms of ODD?

Most children argue with parents and defy authority from time to time, especially when they are tired, hungry, or upset. Some of the behaviors associated with ODD also can arise in children who are undergoing a transition, who are under stress, or who are in the midst of a crisis. This makes the behavioral symptoms of ODD sometimes difficult for parents to distinguish from stress-related behaviors.

Children with ODD show an ongoing pattern of extreme negativity, hostility, and defiance that:

* Is constant
* Lasts at least 6 months
* Is excessive compared with what is usual for the child's age
* Is disruptive to the family and the school
* Is usually directed toward an authority figure (parents, teachers, principal, coach)
The following behavioral symptoms are associated with ODD: * Frequent temper tantrums
* Excessive arguments with adults
* Actively refusing to comply with requests and rules
* Often questioning rules
* Deliberately annoying and upsetting others
* Often touchy or annoyed by others
* Blaming others for their mistakes
* Frequent outbursts of anger and resentment
* Spiteful attitude and revenge seeking
Typically, children with ODD do not engage in delinquent behavior. Also, children whose behavioral symptoms are specifically related to a mood disorder, such as depression or bipolar disorder, are usually not diagnosed with ODD. Recently, it has been discovered that girls may show the symptoms of ODD differently than boys. Girls with ODD may show their aggressiveness through words rather than actions and in other indirect ways. For example, girls with ODD are more apt to lie and to be uncooperative while boys are more likely to lose their temper and argue with adults.

How Is ODD Diagnosed?

While there is no single test that can diagnose ODD, a mental health professional can determine whether a child or adolescent has the disorder by assessing the child's symptoms and behaviors and by using clinical experience to make a diagnosis. Many parents first call upon the child's primary care physician for an evaluation. This evaluation typically begins by compiling a medical history and performing a physical examination.

The mental health professional will determine whether:

* The behavior is severe
* The conflicts are with peers or authority figures
* The behavior is a result of stressful situations within the home
* The child reacts negatively to all authority figures, or only his or her parents or guardians
Answering these questions will help a mental health professional determine whether the child or adolescent has developed ODD or is responding to a short-lived, stressful situation. Assessment tools, such as rating scales and questionnaires, may help the child' s doctor measure the severity of the behaviors. These tools also may assist in establishing a diagnosis and tracking progress once treatment begins. In addition to establishing a primary diagnosis, the doctor will look for signs of other conditions that often occur along with ODD, such as ADHD, anxiety, and mood disorders. The doctor also should look for signs that the child has been involved in bullying—as either the victim or perpetrator. Involvement in bullying often is a sign that the child is at risk for aggression and violence.

Can ODD Occur with Other Conditions?


Research indicates that some children develop the behavioral symptoms of ODD as a way to manage anxiety or uncertainty. Anxiety disorders and mood disorders are similar to ODD in that they are often a response to uncertainty and an unstable home and school environment. These similarities make it more likely that ODD and anxiety disorder and a mood disorder (such as depression) will occur together. Among all conditions that coexist with ODD, ADHD is the most common. Both disorders share common symptoms of disruptive behaviors. However, children and adolescents who have both ODD and ADHD tend to be more aggressive, have more of the negative behavioral symptoms of ODD, and perform less well in school than those who have ODD alone. These children also tend to have more disruption in their families and with their relationships with authority figures than children who do not have ODD. Doctors have found that ODD can be a precursor to CD. CD is a more serious behavioral disorder that can result in destructive antisocial behavior. While ODD behaviors may start in early preschool years, CD usually appears when children are older. A child or adolescent who has ADHD as a coexisting condition also seems to be at increased risk of developing CD. In addition, studies show that having CD puts children and adolescents at risk of developing a mood disorder or antisocial personality disorder later in life. While having ODD and a coexisting condition puts a child at risk for developing other more serious mental health issues, treatments exist that can improve the symptoms of ADHD, anxiety disorders, mood disorders, and learning and language disorders. Also, treating other mental health and learning conditions that occur along with ODD has been shown to decrease the behavioral symptoms of ODD.

Can ODD Be Prevented?

There is research that shows that early-intervention and school-based programs along with individual therapy can help prevent ODD. Among preschoolers, the Head Start program has been shown to help children do well in school and prevent delinquency later in life. Head Start is a program of the United States Department of Health and Human Services (US-HHS) that provides education, health, and other services to low-income children and their families. Young children in this program learn social skills and how to resolve conflict and manage anger. A home visit to high-risk children also has been shown to help prevent ODD among preschoolers. Among adolescents, psychotherapy (talk therapy), social-skills training, vocational training, and help with academics can help reduce disruptive behavior. In addition, school-based programs can be effective in stopping bullying, reducing antisocial behavior, and improving peer relationships. Parent-management training programs have proven effective in preventing ODD among all age groups. These programs teach parents how to develop a nurturing and secure relationship with their child and how to set boundaries for unacceptable behavior.18 More information about parent-management training can be found on page nine of this guide.

How Is ODD Treated?

There is no one-size-fits-all treatment for children and adolescents with ODD. The most effective treatment plans are tailored to the needs and behavioral symptoms of each child. Treatment decisions are typically based on a number of different things, including the child' s age, the severity of the behaviors, and whether the child has a coexisting mental health condition.
The goals and circumstances of the parents also are important when forming a treatment plan. In many cases, treatment may last several months or more and requires commitment and follow-through by parents as well as by others involved in the child' s care.

Treatment usually consists of a combination of:

* Parent-Management Training Programs and Family Therapy to teach parents and other family members how to manage the child's behavior. Parents, family members, and other caregivers are taught techniques in positive reinforcement and ways to discipline more effectively.
* Cognitive Problem-Solving Skills Training to reduce inappropriate behaviors by teaching the child positive ways of responding to stressful situations. Children with ODD often only know of negative ways of interpreting and responding to real-life situations. Cognitive problem solving skills training teaches them how to see situations and respond appropriately
* Social-Skills Programs and School-Based Programs to teach children and adolescents how to relate more positively to peers and ways to improve their school work.These therapies are most successful when they are conducted in a natural environment, such as at the school or in a social group.
Medication may be necessary to help control some of the more distressing symptoms of ODD as well as the symptoms of coexisting conditions, such as ADHD, anxiety, and mood disorders. However, medication alone is not a treatment for ODD.